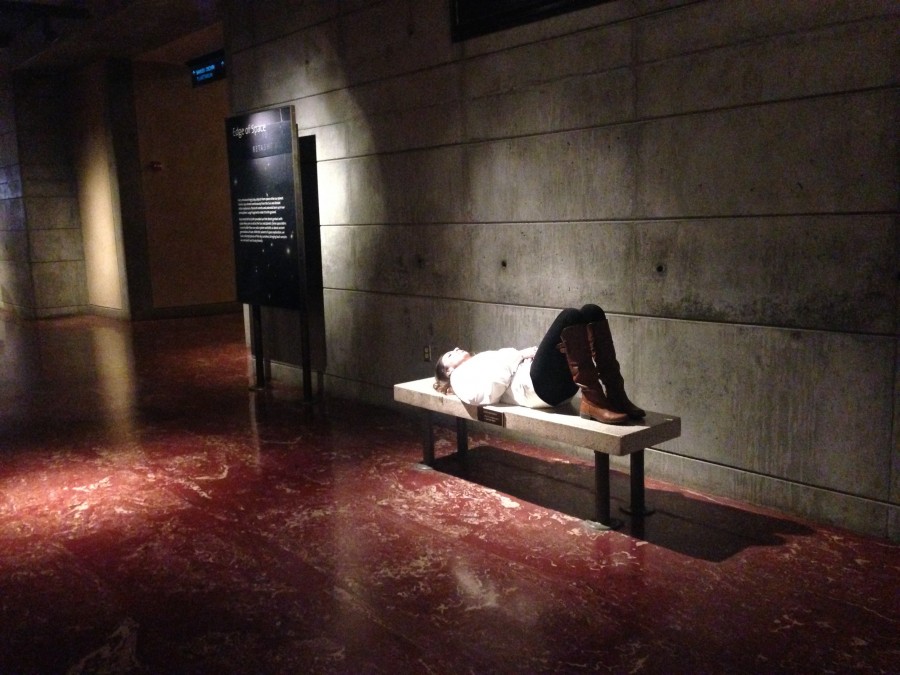 Right now my friend Maria *nickname Pancakes* is one of the most interesting people I know.  Having Crohn’s disease, she’s has been in and out of hospitals since she was twenty-three. Last Sunday she let me tag along while she got an MRI done.
I like to think of my self as a pretty tech-savvy person but when it comes to medical stuff she tells me, I pretty much have to Google EVERYTHING, which is cool cause I’m learning a lot from her. There might be a career change ahead of me, Patch Adams style.

So I met up with P Pancakes at Kaiser here in Los Angeles where they give her this tasty cocktail to drink before the MRI.

First drink,  and then her reaction. It was kinda funny watching her drink it and make that face after each sip and then almost gag. I thought she was exaggerating till she said, “here taste it!” so I did and believe me when I say it was disgusting.  I talkin ewwwww! AND she had one more bottle to drink.

On to the second bottle and by then she was getting weirder and there wasn’t even any rum in there. 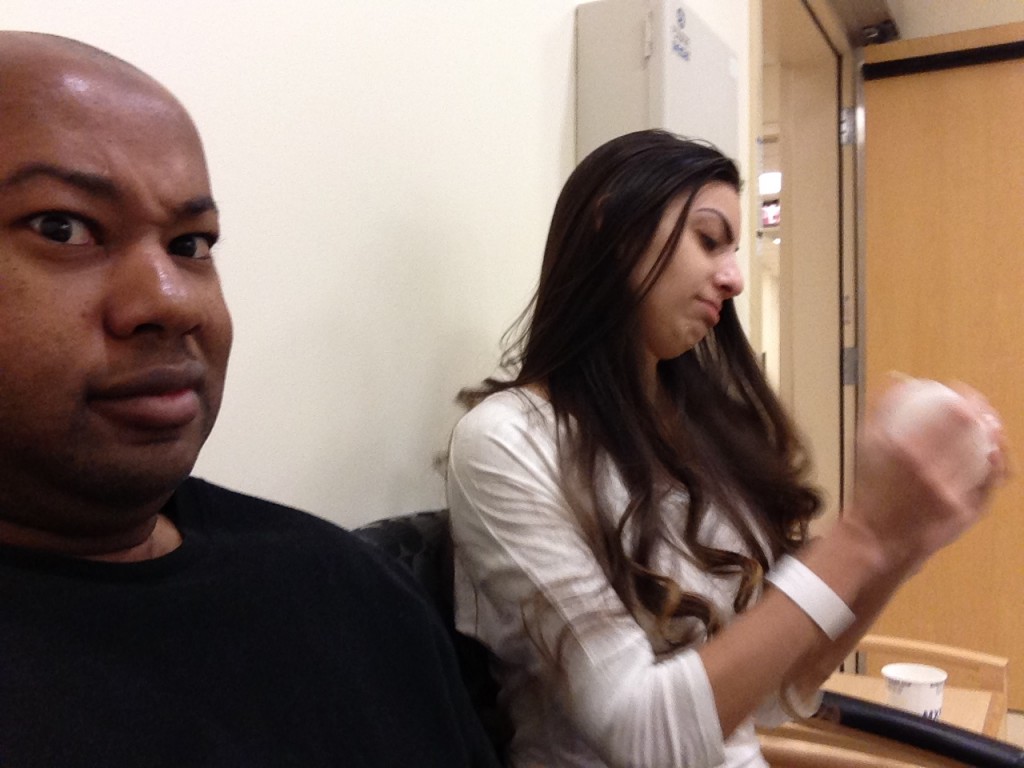 later it was time to change into the fashionable evening wear. Holding up her PICC line another medical thing I had to Google. We named it/her Reurple. 🙂

While she was off for the next twenty minutes laying on a table in a cold room, having her insides looked at by a giant machine, I decided to get some work done and start my next blog of Chloe.

Done! Since you aren’t allowed to eat anything like six hours before and since I didn’t eat much we were pretty hungry. Continuing on with our Sunday Funday… 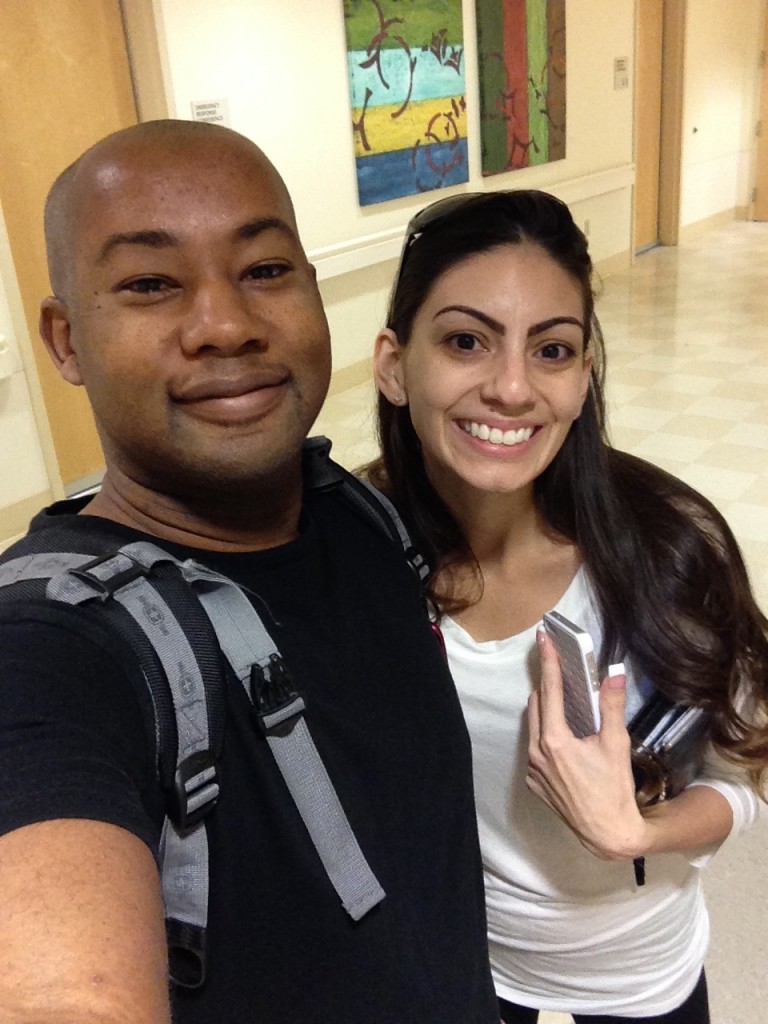 After our yummy Kaiser MRI cocktails, we headed over to Roscoes for some chicken and waffles *and mac n cheese* like always we both get the no.13 which is the Carol Special, one giant chicken breast and one waffle. That sweet and salty thing just works. Yumm! 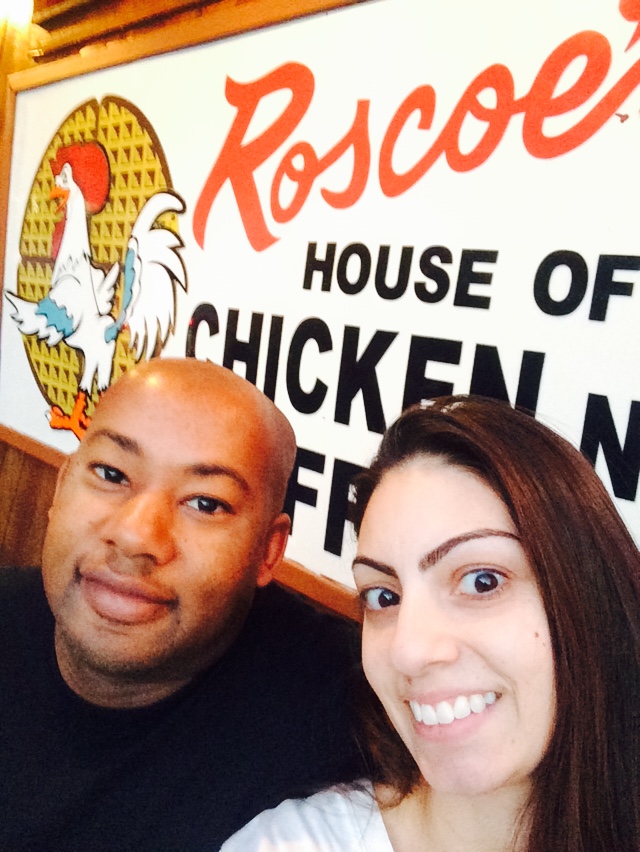 After this, we were stuffed and P said we need to go do something that requires some walking. it was after seven so we headed over to Griffith Park Observatory for some more Sunday Funday. She’s never been there so (+5 points for originality)  I don’t know why but there was a lot of people there for a Sunday night. a lot of parents letting their offspring run around out of control. hahaha! I just wanted to walk thru like Ludacris and shout. “move kid! get out the way!”

The rest our Sunday Funday had to be cut a little short.  Between the meds from the MRI and dinner Pancakes was not feeling all that great. 🙁 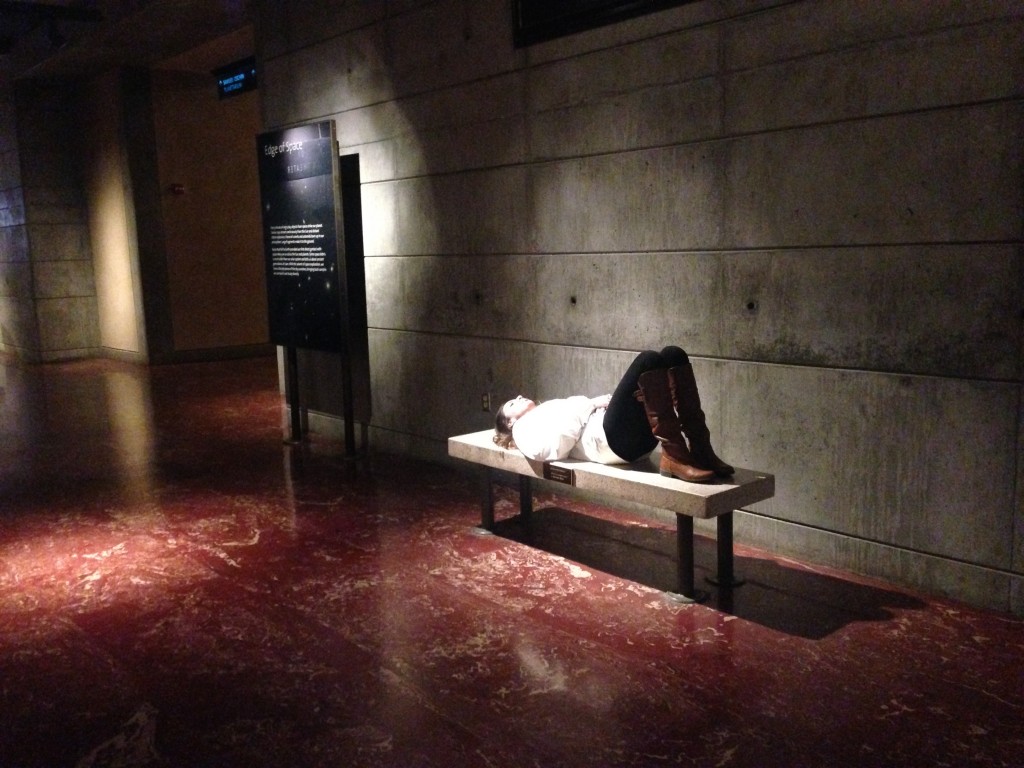 But at the end of the day, it was a fun Sunday Funday with the Pancakes. She earned that name a few years ago and I haven’t stopped calling her it since.