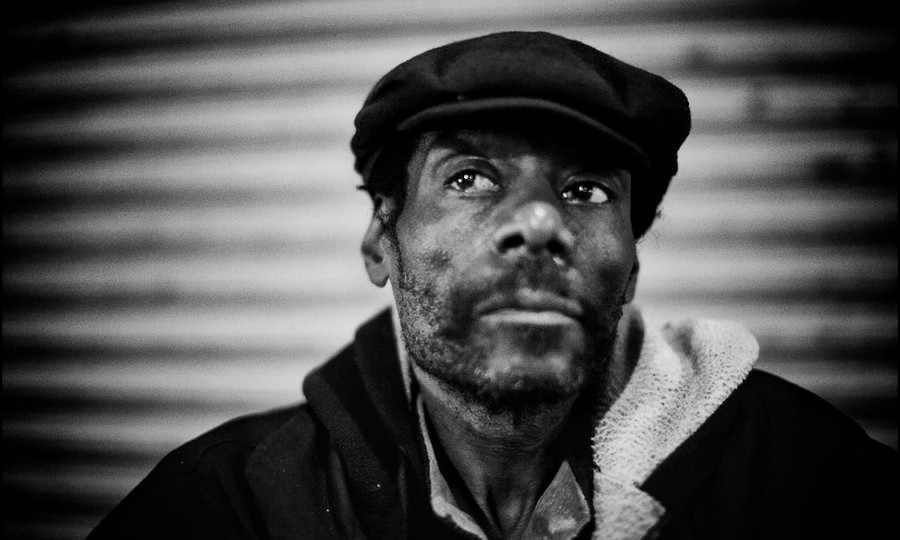 Portrait for a Dollar

Portrait for a Dollar is a series of portraits mostly made from the homeless living on the streets of Los Angeles.
Ones who approach you asking for spare change, so in return I ask for a picture. I posted these on a few photo-sharing websites and got this amazing response from them I wanted to keep shooting and encourage others to do the same.

Manny Jimenez wrote:
I think this is a great idea. Came across it quite some time ago. Had a family vacation in San Diego in May. The first guy that approached me and your project popped into my head. Instead of telling him to get bent, or just giving him some cash, I asked if I could buy a portrait from him. He seemed a little crazy and told me he couldn’t because he was wanted. Had about three or four more people that day that actually “sold” me a few snaps. Haven’t gone through any of the photos from that trip yet, but I did get a couple of great shots. May share them someday, maybe not, this was YOUR idea after all, but it took all the awkwardness out of those encounters, and made it feel like I wasn’t just giving something for nothing. It also reminded me that EVERYONE has a story to share and reminded me to look for it. 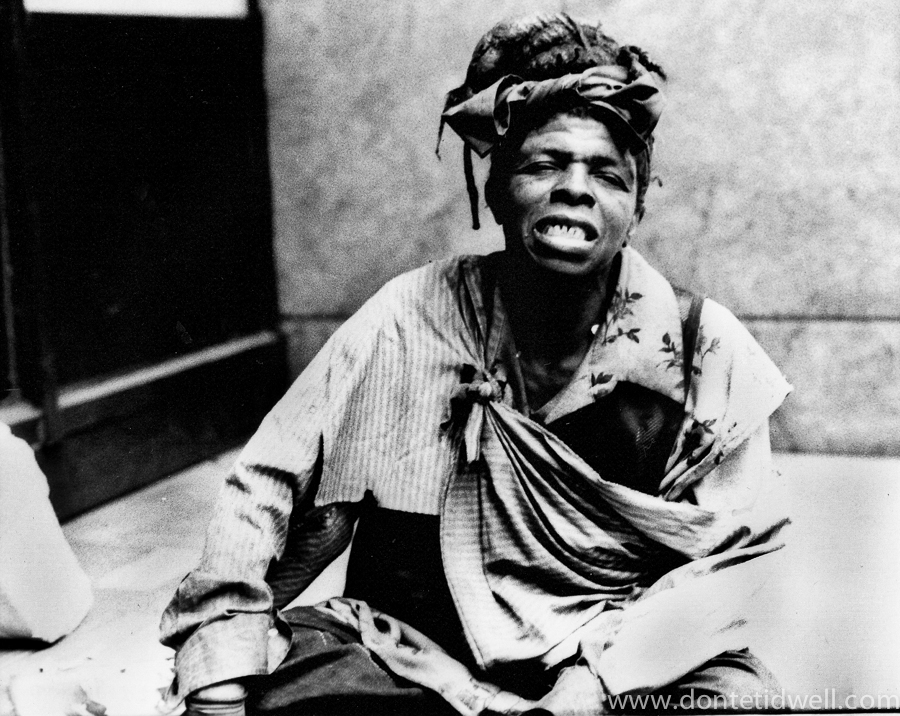 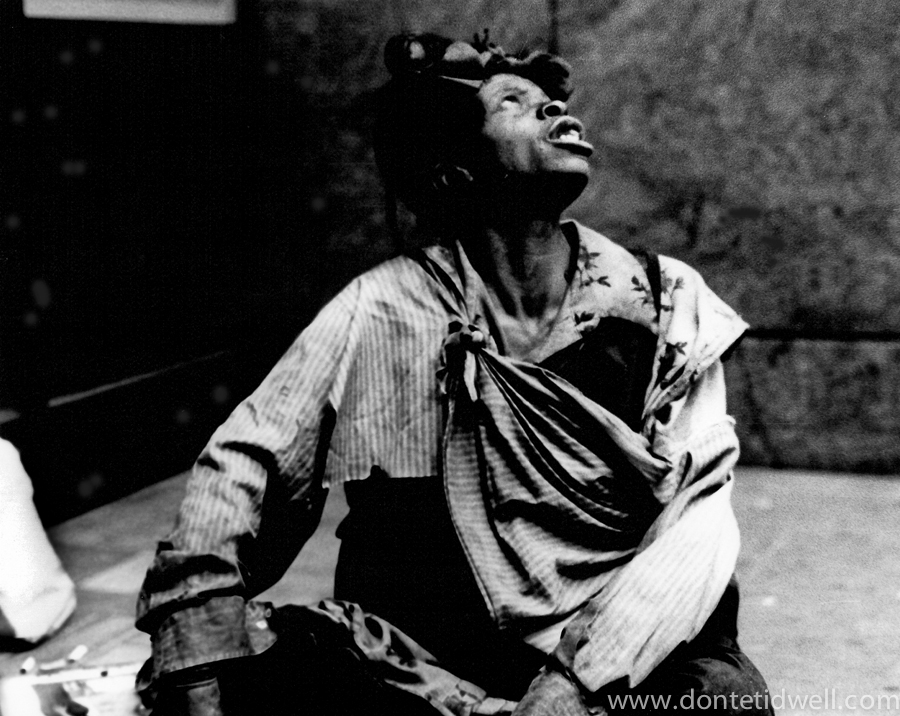 The first portrait I’ve made that started this series. Back in 2009, I saw a lady sitting in a corner singing away while she was singing. I pointed to my camera and pointed to her. She gave me the head nod say it was ok to take her picture. What makes this one of my favorites, is that it was shot using a Leica M6 TTL film camera, with Fuji Neopan 400 speed film. 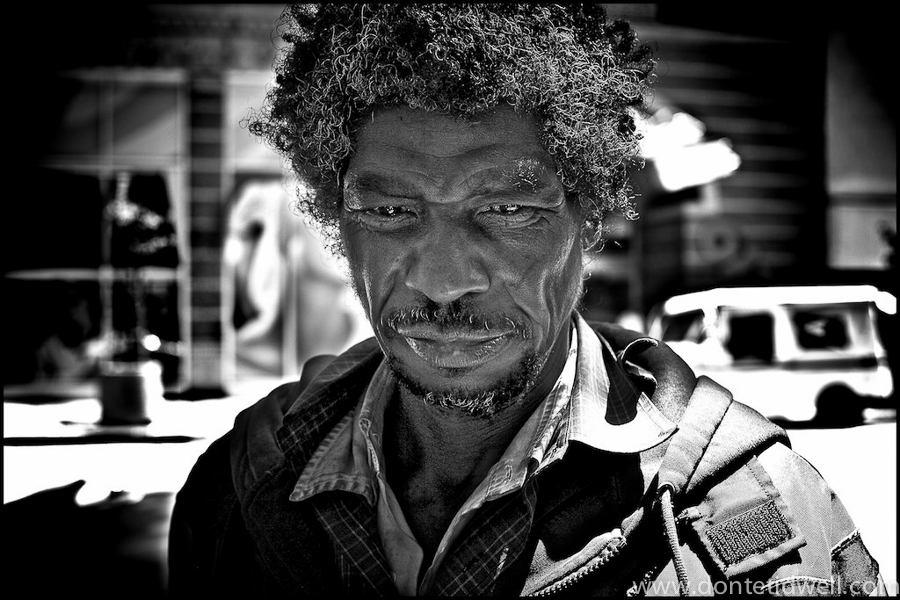 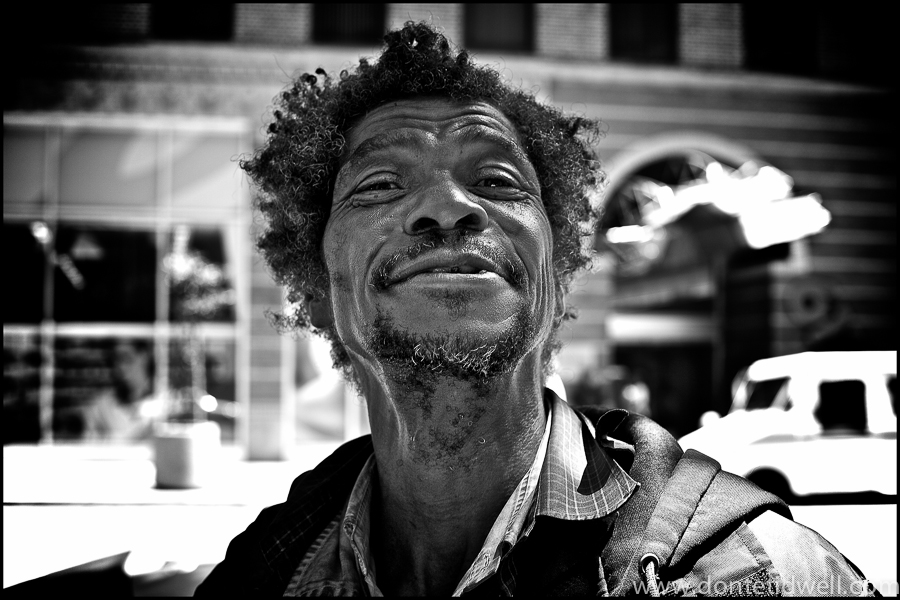 Kenny Green, one of the 1,000’s of homeless people in downtown Los Angeles, is a really nice guy. I shot two portraits of him; this is the first one. Right after I took this one, he said, “wait! I didn’t smile,” and he made me retake it. So I asked his name, he asked, and I told him mine, and I said, “I’ll see you around Kenny Green.”

One afternoon as I was walking around the fashion district and in a very soft and sweet voice she as a lady asked me for money so I asked her for a picture and she said, “do you want me to stick my tongue out??” I said, “sure” it was so long that guy from KISS would have been impressed. Later, this picture would get published on the Los Angels Times website. 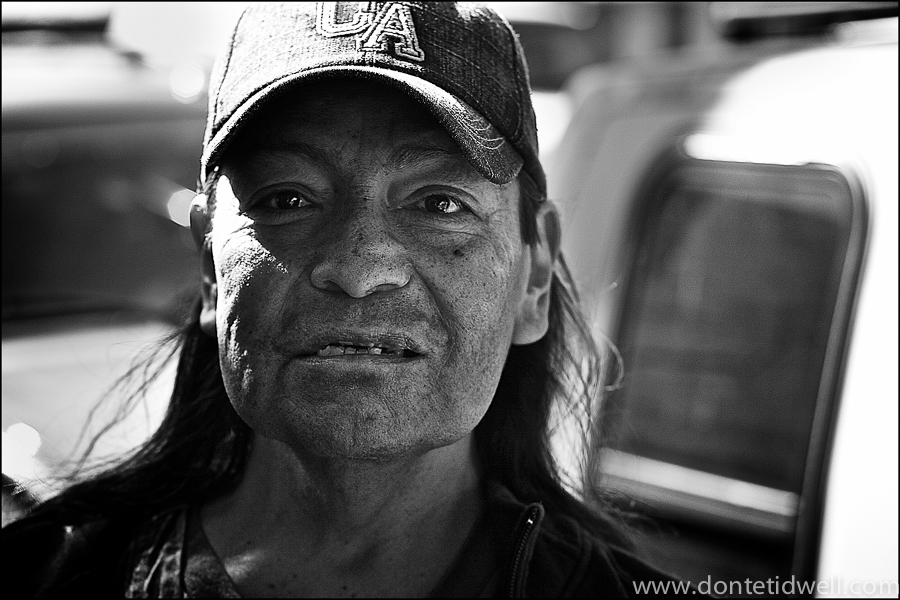 Valentine’s day flower district, downtown Los Angeles, I was taking pictures of people buying flowers and while I had my camera out Mario approached me and said “hey man, you have any change” I said sure but before I gave him anything I just raised my camera and snapped a portrait of him. 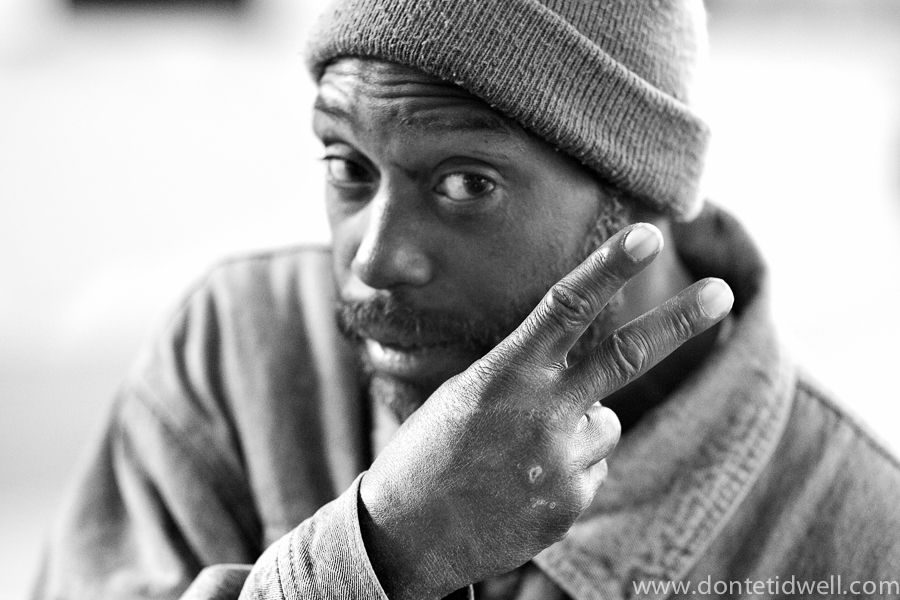 Ron found me in Nevada on Freemont street around 3 a.m. on our way back to the hotel.

Kevin was rolling around in his wheelchair downtown Los Angeles with a cup in his hand, he asked me for spare changes, and I gave him a dollar, and continued to wait for the crosswalk light to change. While waiting, I walked back over to him and said I’ll give you another dollar if you let me take your picture. He replied, “sure go ahead,” I knew I had a good photo when I pressed the shutter. 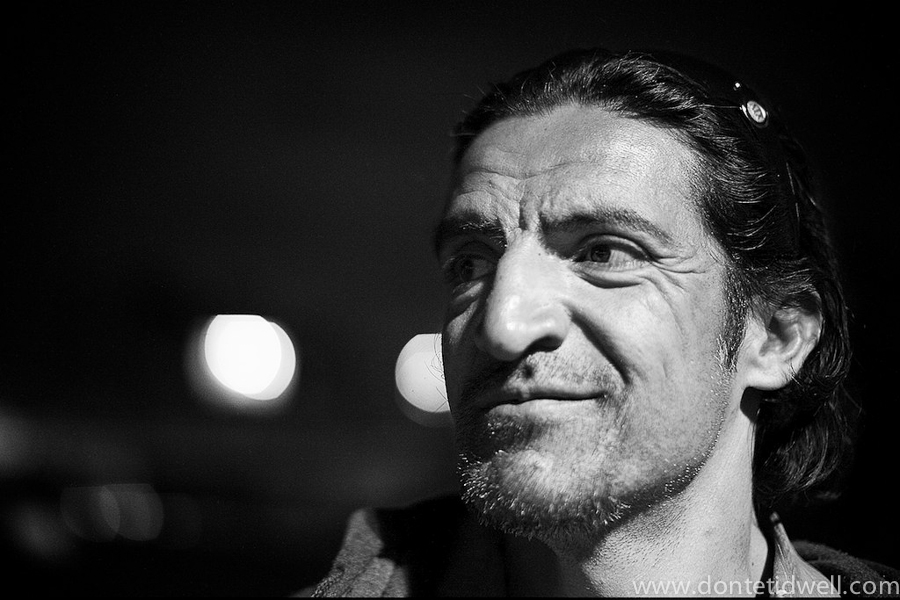 Russell and his wife were walking the dark streets of downtown Los Angeles, looking for spare change to pay for a motel room to rest for the night after they had all their stuff stolen.

After walking the streets of downtown LA, I came across this Los Angelino. He had the perfect face that I was looking for.  I told him I’d give him a dollar if he let me take a picture of him. He smiled and said, “alright.” I gave him a dollar, and he smiled with his rotted teeth and said, “do you need any more pictures? I thought hmm, ya! I do.  I pulled out my Instax mini Polaroid camera, “what is that?” he said, I told him you’d see. I made a Polaroid and said, “here ya go!”   Seriously??? he said and smiled as I handed it to him (along with an extra dollar. 😀 I think he was more happy to have the Polaroid than the dollar. 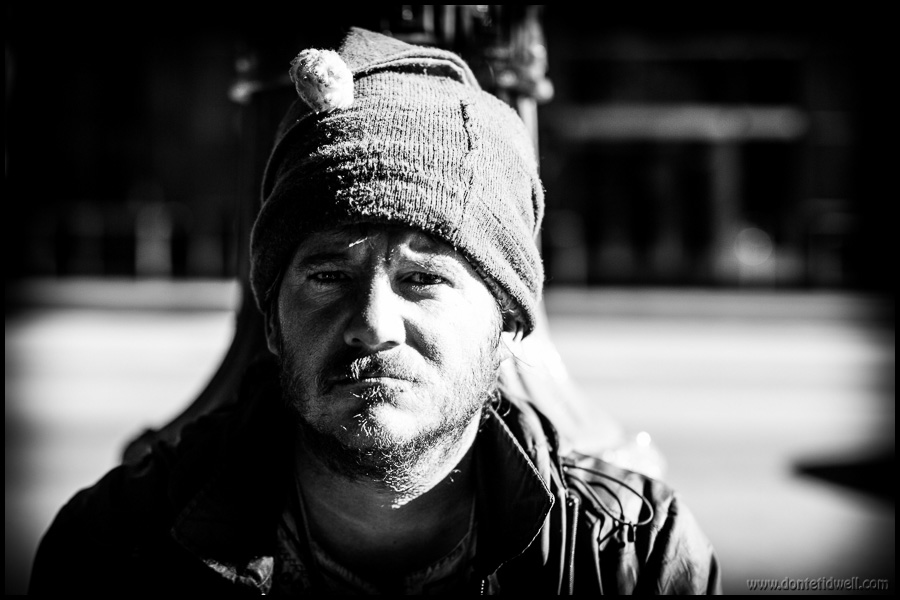