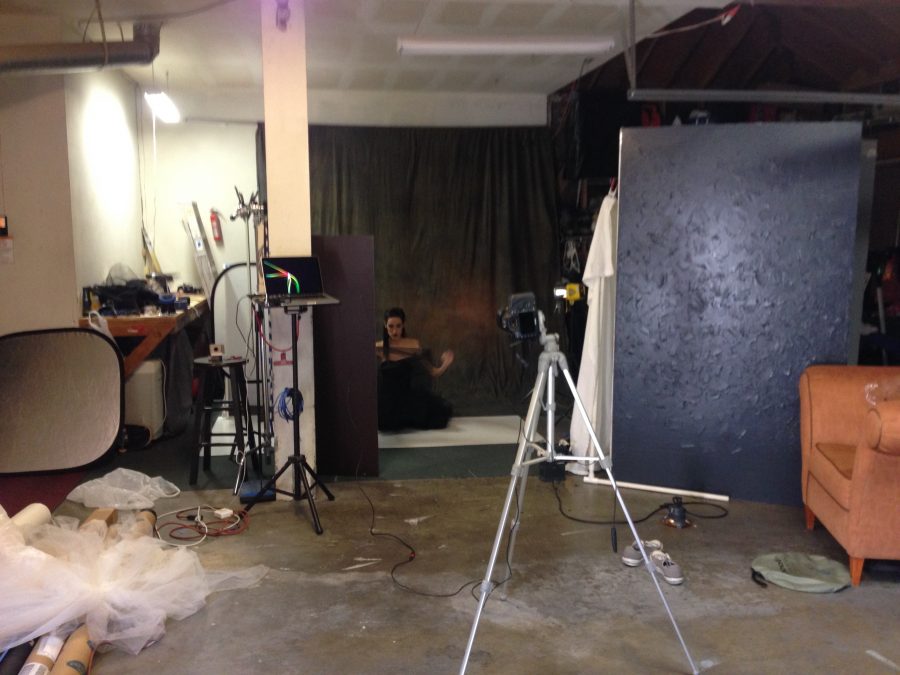 Photo Studio Makeover Part I. Has it really been over a month since my last post? well thats all bout to change cause we gots lots of talkin to do.  Starting with one of the big changes of Spring,

The Studio Makeover
Last March I decided to build a photography studio in my three car garage using the third part of the garage as a photo studio.

(camera left) of Diamond, theres a workbench I had built years ago but lately its just been in the way. so “off with it’s head” just kidding but it had to go. 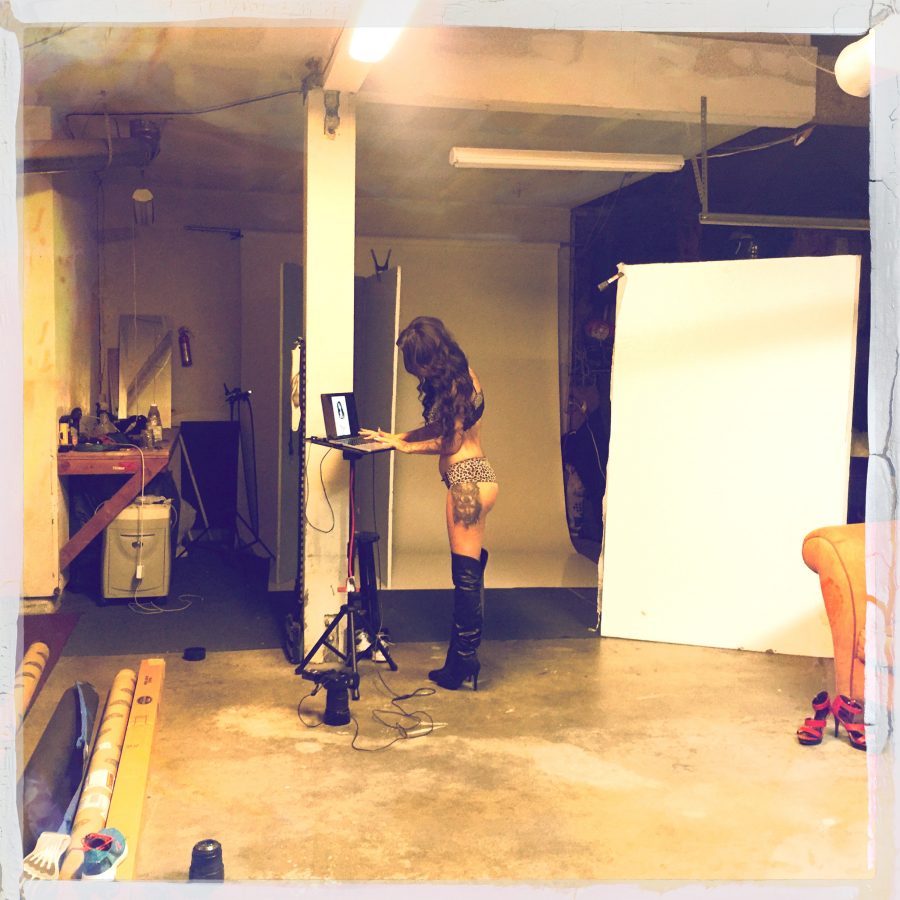 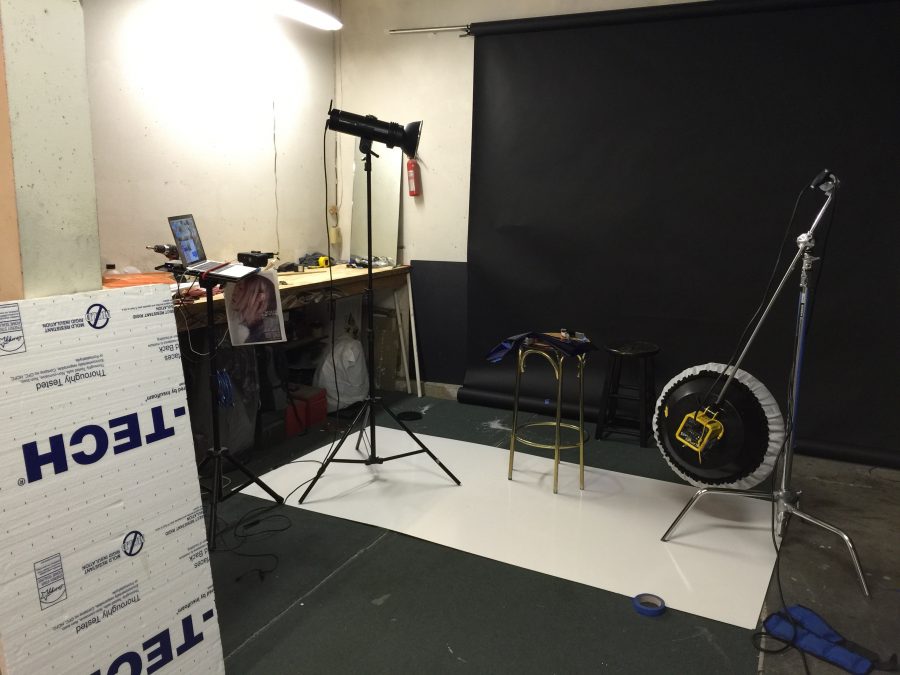 (below) As you might be able to tell theres quite a mess. Snowboards, Halloween stuff ect..  I mean it is/was a garage. 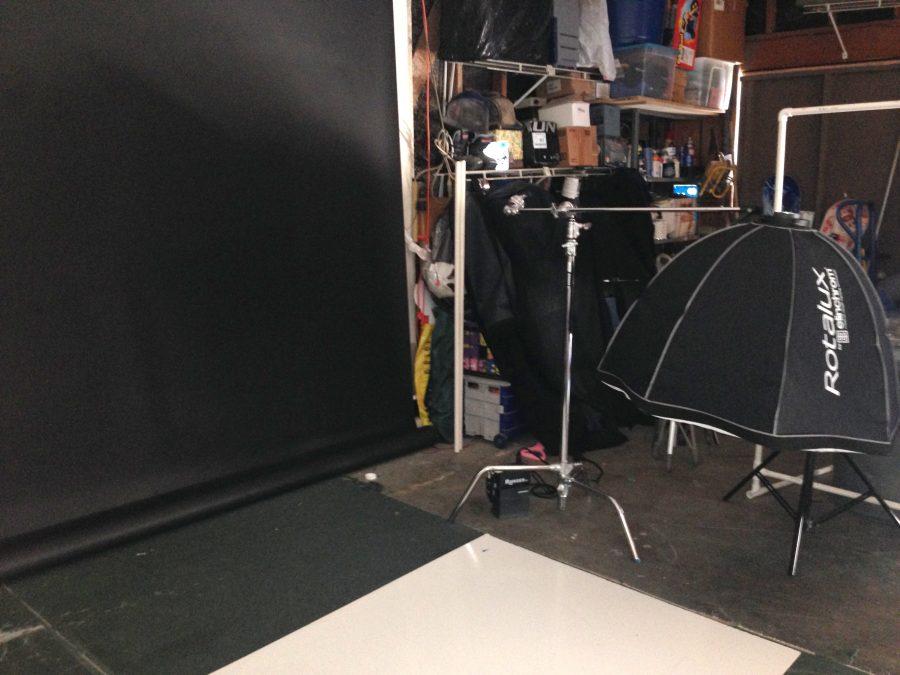 Black Widow corner over there (camera right) was pretty intense. 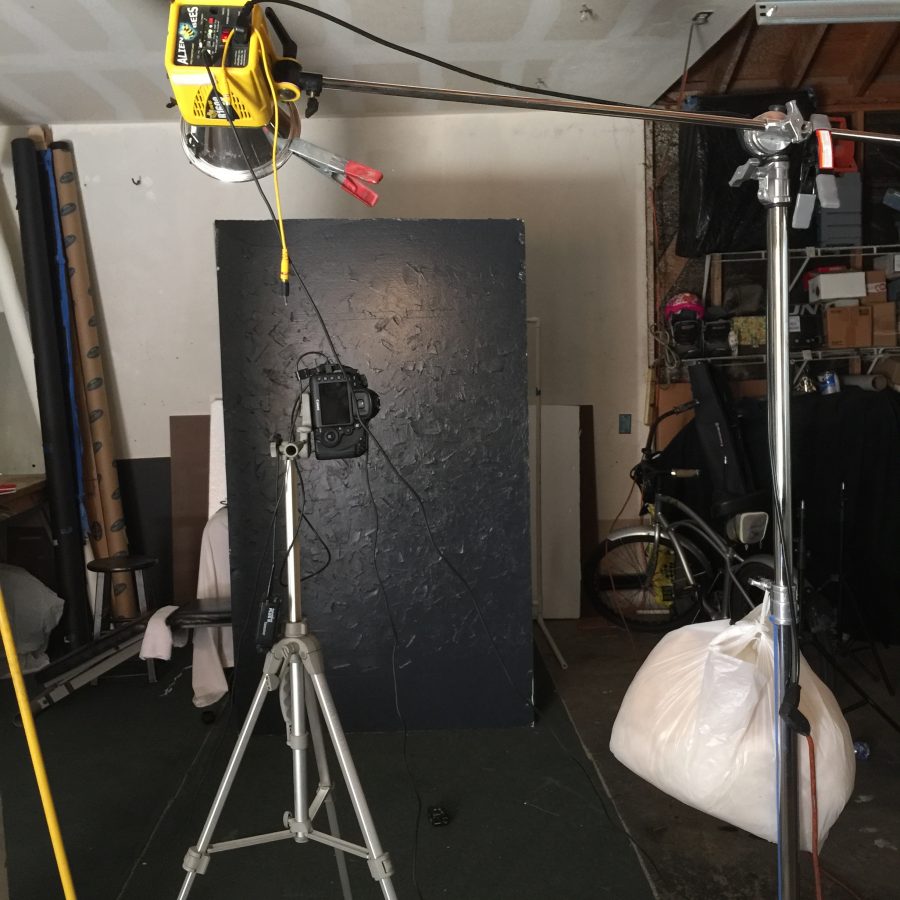 From this shot you can see how I hung my backdrops using a backdrop pole and two bicycle hangers I picked up for $2. bucks at Walmart. The good thing bout it was the backdrops were 10ft high but the bad part was it was a pain to change backdrop paper rolls.  So that set up had to go. So first step..

Got out the screw gun and hammer and went to work. 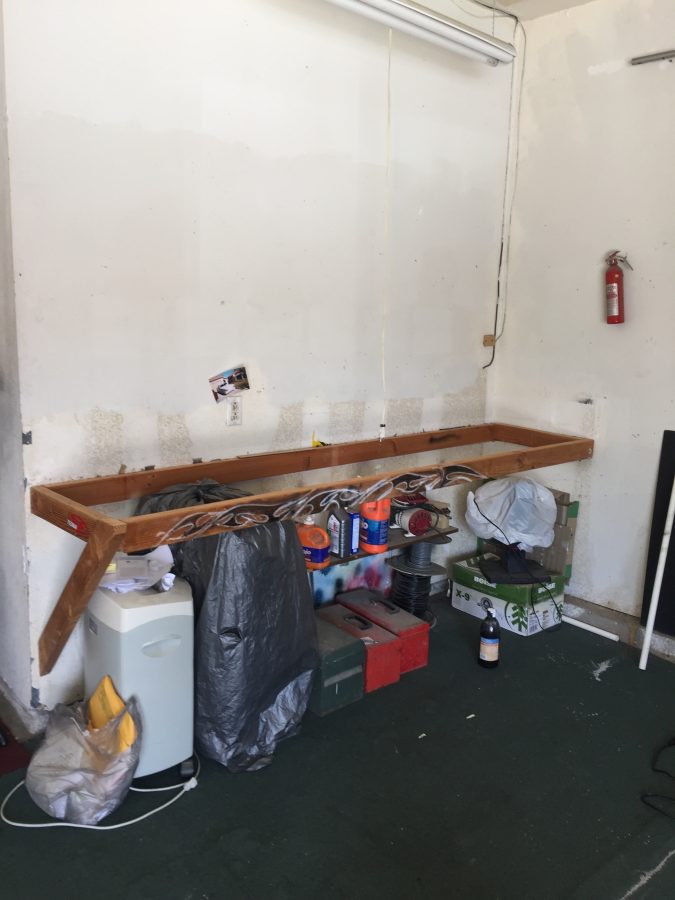 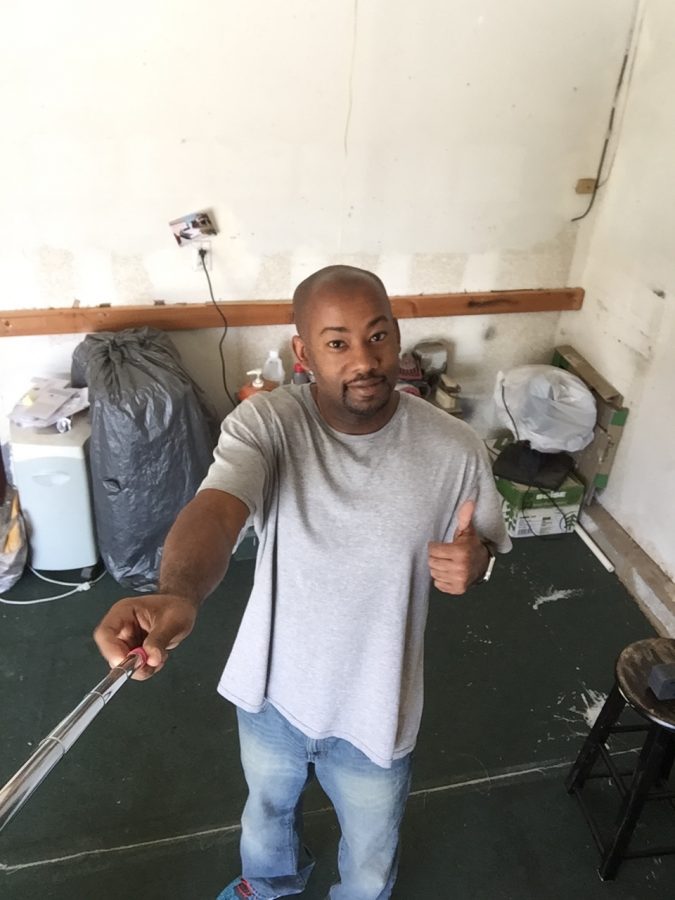 This actually turned out to be way more work than I thought.

Now since I didnt want to scrap my old work bench I cleared out a section on the other end of the garage which was not an easy thing to do. It took many weeks putting stuff in the trash and dropping stuff off at the Goodwill. sine the old workbench was too long I had to shorten it by three feet. 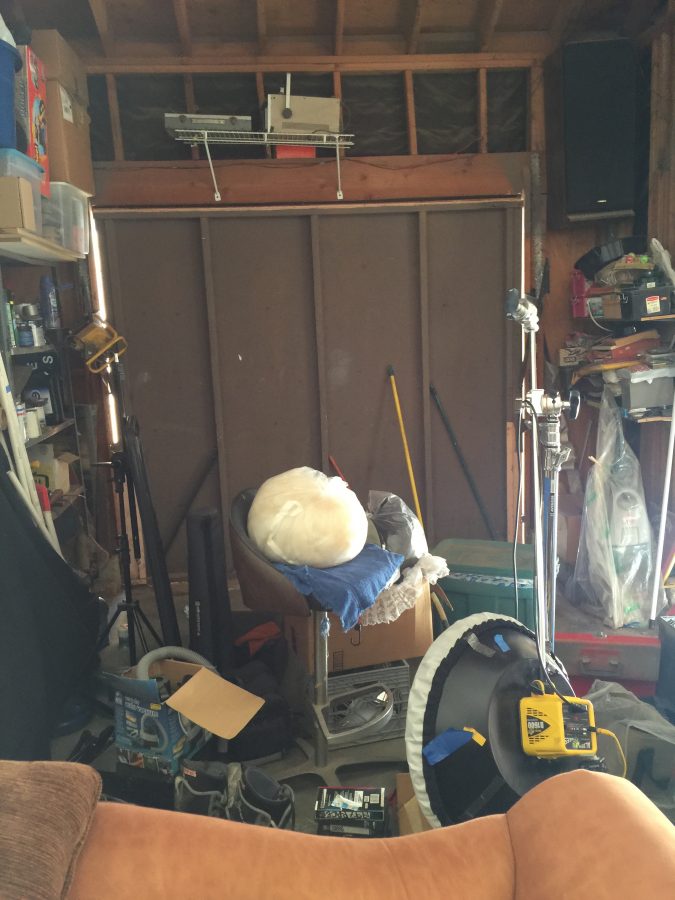 So much junk and dead bugs over in that corner. 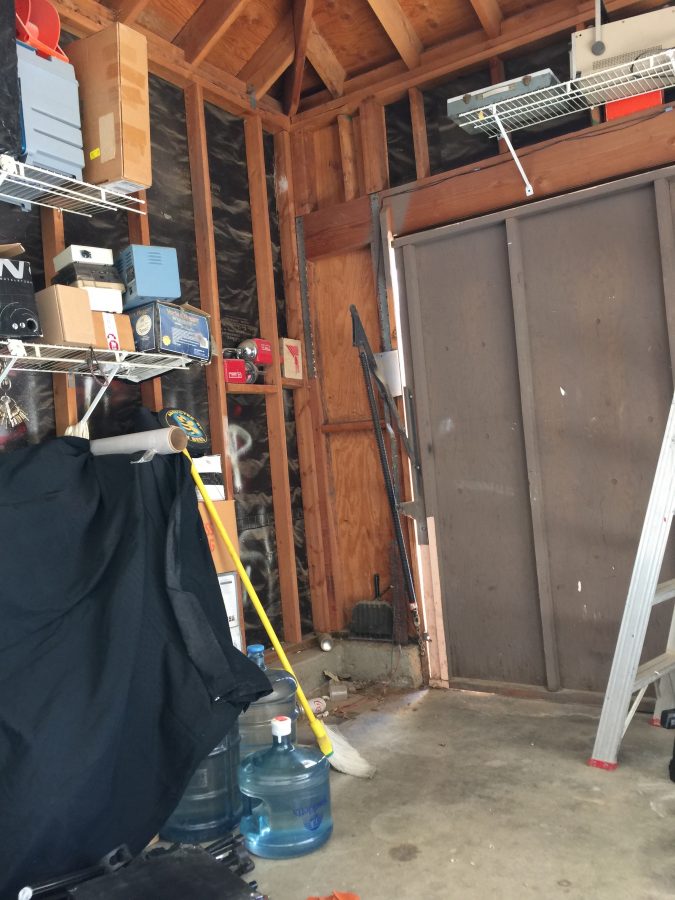 With the left over wood from the work bench, I made custom shelf.  Felt pretty crafty! 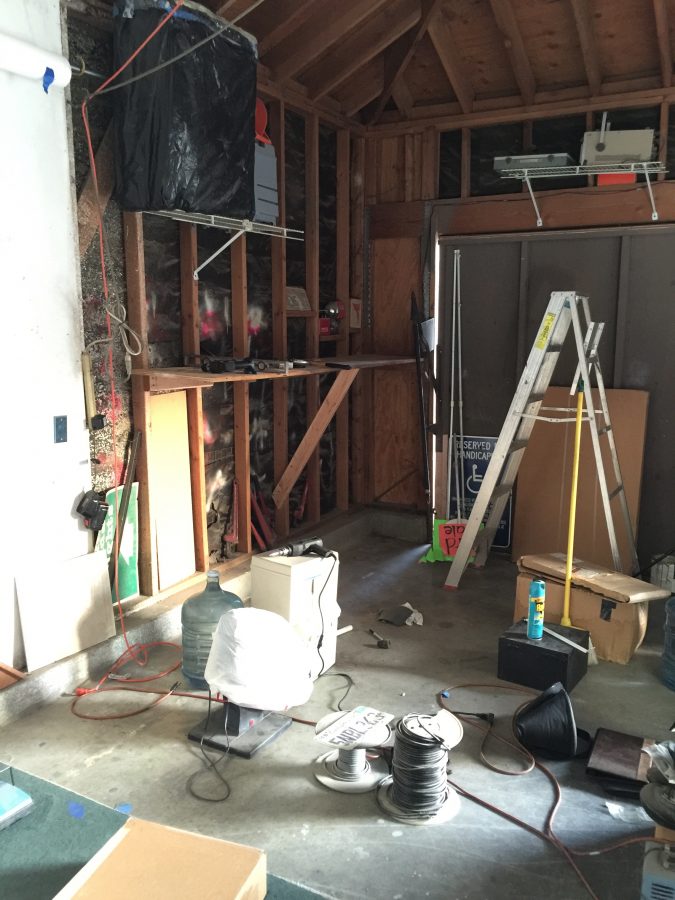 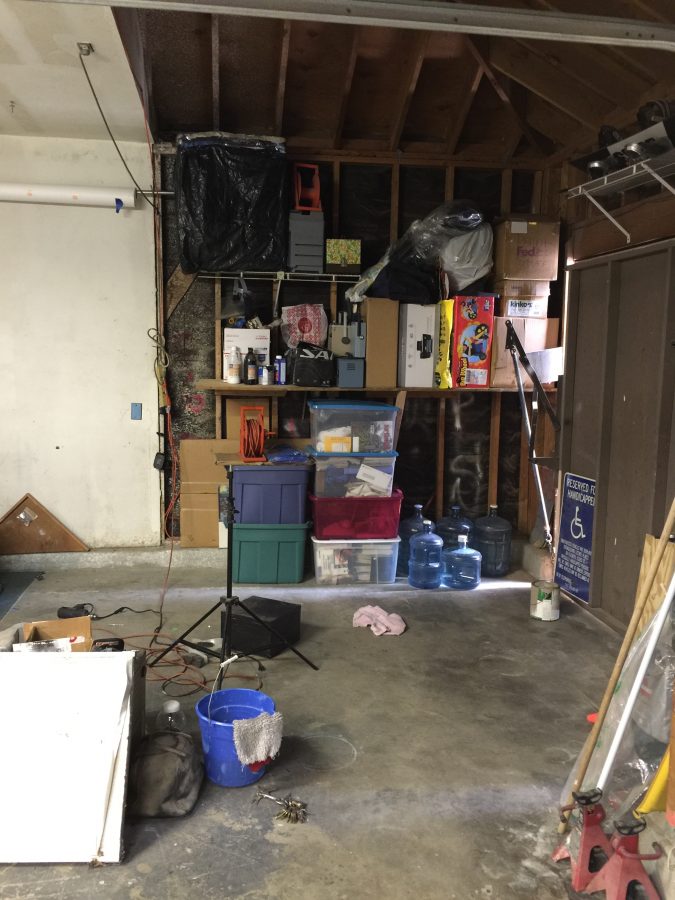 One of the main things i had in my mind since I could not throw everything in the trash like I wanted, and I wanted as much space as possible these plastic containers would be perfect. theyre water proof and easily moveable.   no question bout the handicapped sign. 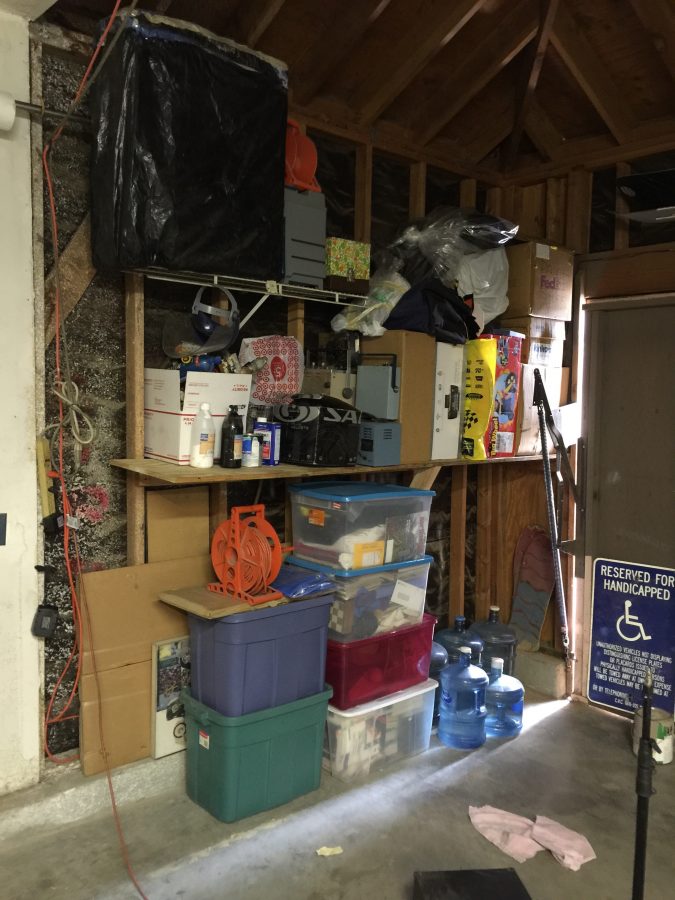 So far the make over was coming along well. 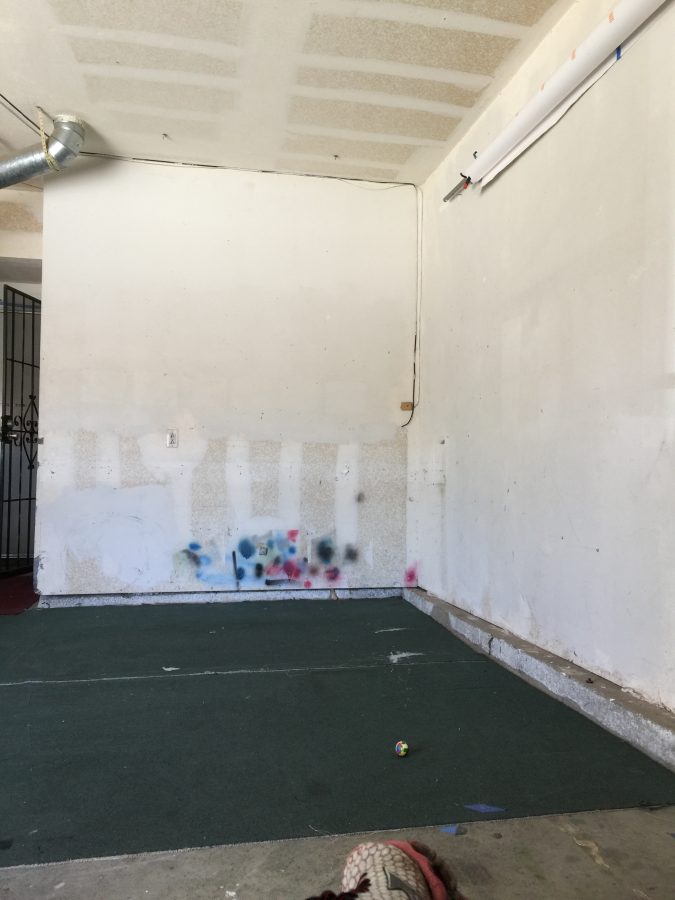 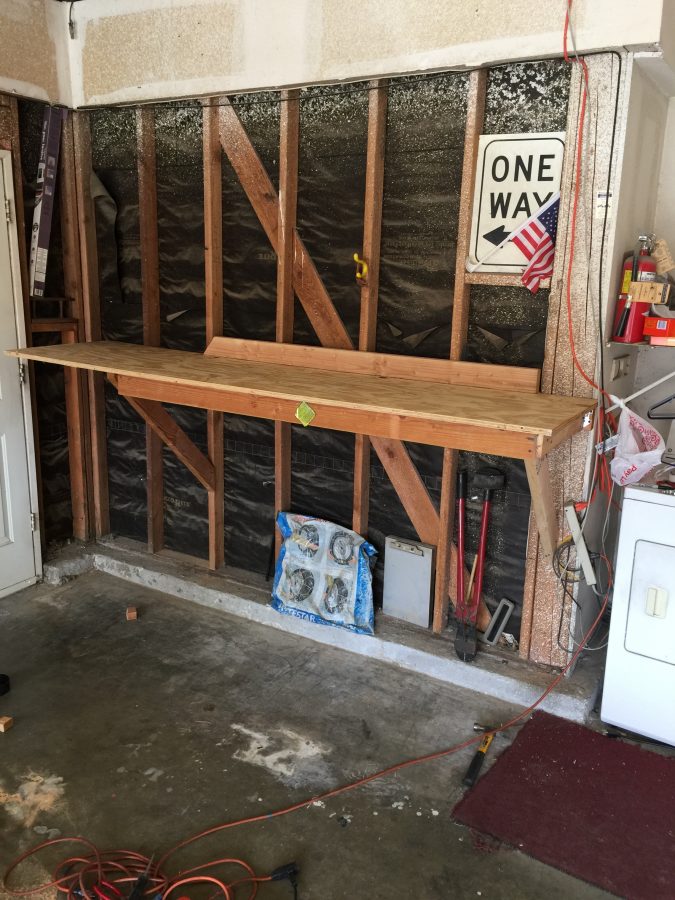 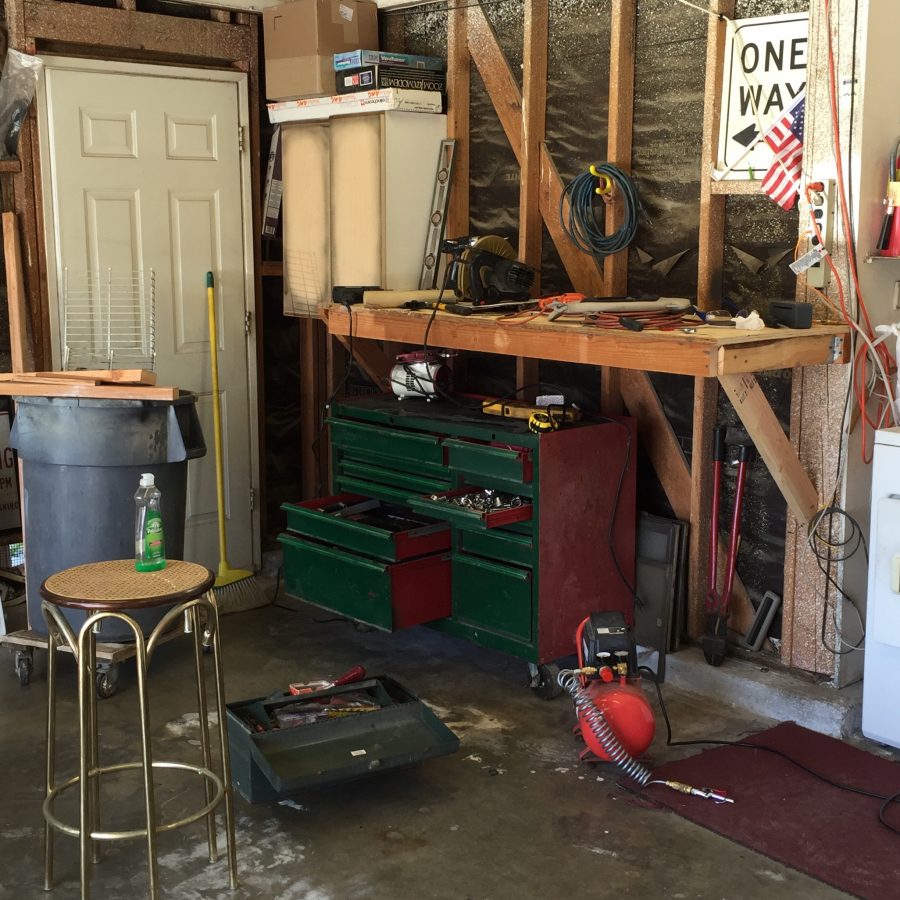 to be continued….. Part II