I Sold It ALL 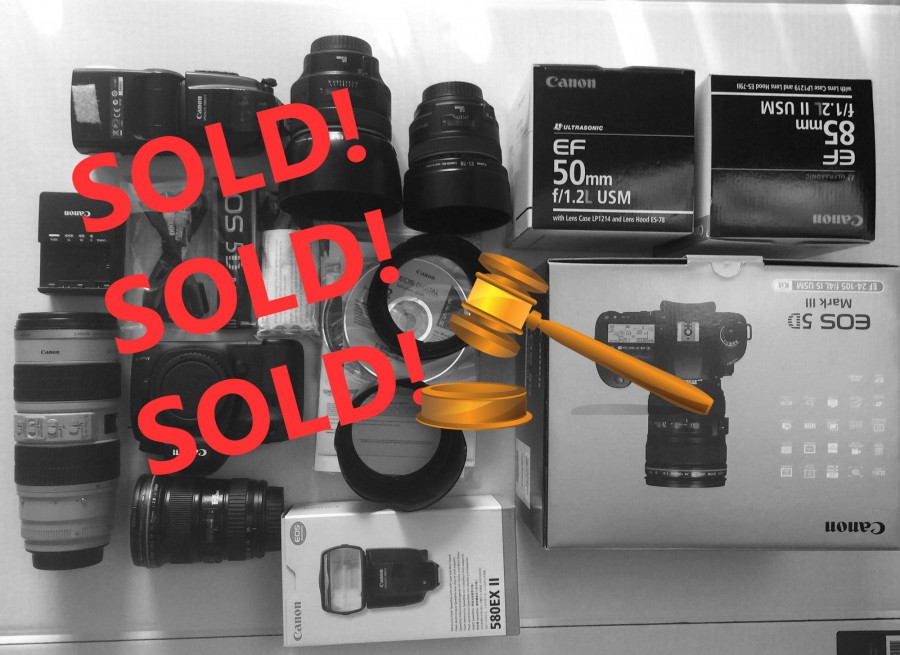 Yup! I did it! I sold it all. For the first time in 15 years I am camera-less. For the last few months I’ve been thinking that I need a change and I felt like I was just creatively blocked so I did what I do best, something over the top and drastic. I listed everything I owned on eBay, and last week *week before Super Bowl weekend* I sold everything that I had in my bag.

I sold my 5DII, and used the money I had saved to upgrade to the III from some guy I met off Craigslist with $2800.00 at a Starbucks in Hollywood.  The Mark III was such a big difference from that dreadful Mark II Canon made.

I can’t say enough good things bout this, which is why I sold this LAST. It’s been my go to portrait lens for almost 8 years. I shot everything with this one. Bought it off eBay too. why this is my GO TO LENS

This is a must have in everyone’s bag I’ve taken this lens all over including over 5 countries and bunch of states. I found it on Craigslist and had to dive all the way out to Santa Barbara with $800.00 to get it from a guy who was a photojournalist in Afghanistan.

They say invest in good glass cause that is what you will keep forever, cameras will come and go. Well this was the first Pro Lens/L lens I’ve ever bought. Back in 2007 I got this off eBay two weeks before I was flying out to NY to shoot my first big-ish wedding. One day after I got it the IS stopped working. I was like WTF and drove it 2 hours to the CPS Center in Irvine and a week later my boss let me leave work an hour early to go sit in traffic to pick it up. 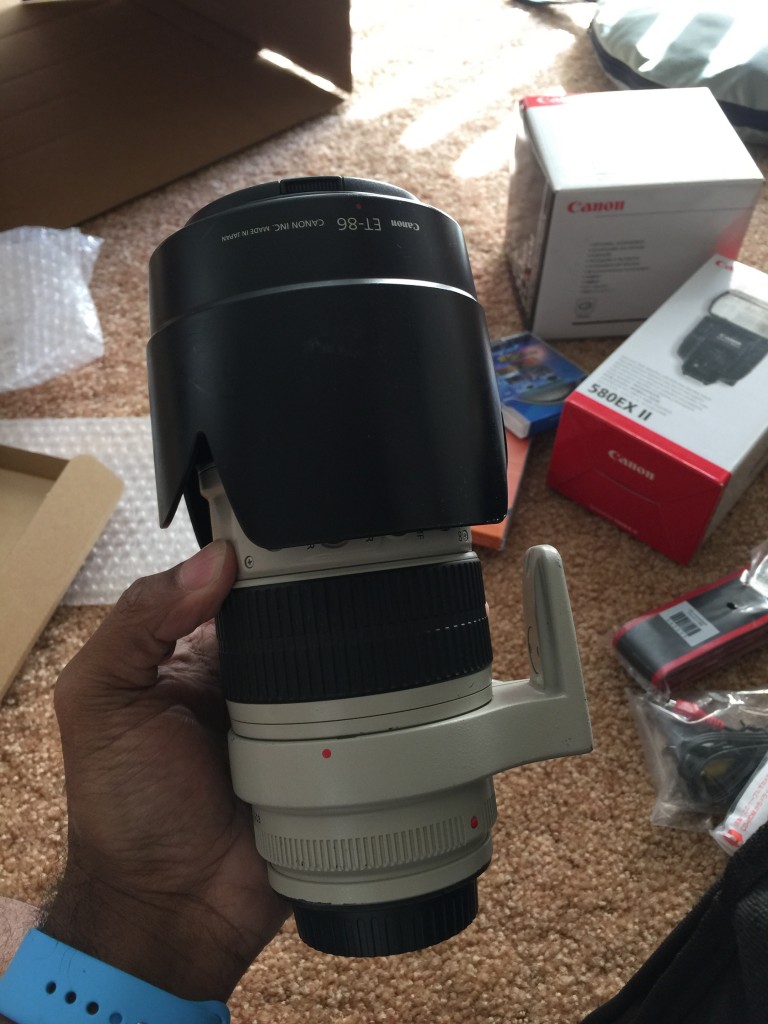 Can you guess where I got this one from? Yup eBay again.  THIS is the exact reason why you never trust a cute girl with a smile.  One day I walked in to Chase bank and the cute teller said I qualified for a credit card, and asked if I’d like her to set it up for me. I said Ya and she led me into this room and I’m thinking… well you already know what I’m thinking. but she sat me down and she left the room, where a fat old guy came and set me up with one. I was like damnit!!!! So a month later I saw this lens for sale and bought it with the card. ONLY cause I was shooting another wedding a few weeks later and new I could pay it off, which I did and cut that dam card up right after.

I bought this just for my two week Greece trip I had the 480ex *its cheaper now* but I wanted this one. Funny thing bout this is so a lot of times I’ll buy something from Best Buy, use it and return it. BUT there was this time where I thought it would be a good idea to return the cheaper 480EX flash in the box for the 580, which mean I would pretty much trade up for that one. Well I walked into the store, up to the girl at the counter and she opened the box and saw it was that the wrong flash. I tried to play it off like oops! Yeah she knew what I was trying to do! Never did that again. 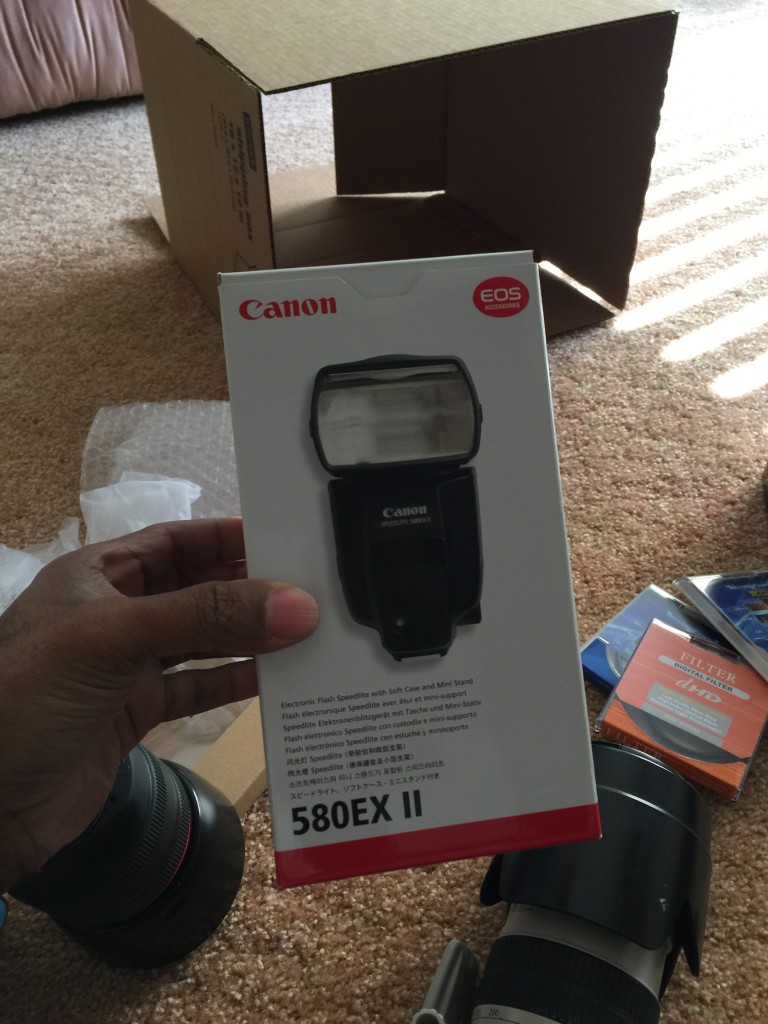 So after all those memories I put it all up for sale and shipped it off.

Well in a WORLD of everybody and their grandma using a Canon or Nikon I want something different. So you’ll have to wait and see…. 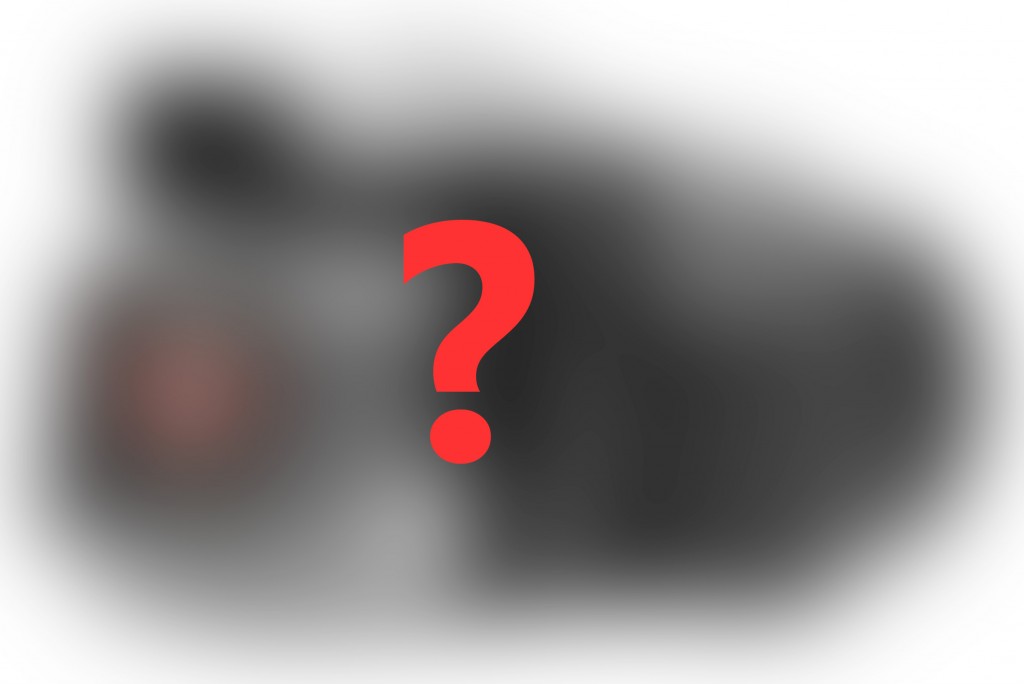